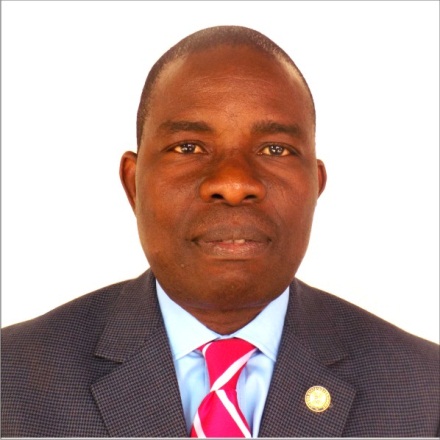 ADENUGA, Taofiq Olalekan was born on the 30th November 1961. He had his primary education at the Lagos City Council, Fadeyi, Lagos (1967-1973),and secondary education at the Ikosi Methodist High School, Agbowa-Ikosi(1973-1978) and Government College, Ketu-Epe, Lagos (1979-1981). He attended the Auchi Polytechnic, where he bagged HND (Estate Management) in 1990. He obtained his Master’s Degree in Business Administration in 2006 from the Lagos State University, and also from the University of Aberdeen, Scotland, United Kingdom combined studies with San Diego State University in 2009 on M.Sc. (Econs) in Real Estate International Markets.

Adenuga had his National Youth Service (NYSC) at Savannah Bank Plc, Lagos, between 1990 – 1991 as an Estate Surveyor at the Premises Department. He joined the Service of the Lagos State Government as a Principal Land Assistant IV in the Land and Housing Department of the Governor’s Office on 13th of April 1992, and he is presently the Director, Land Regularisation, Lands Bureau.

As an Estate Surveyor and Valuer in the service of the Lagos State Government, Adenuga has worked in various capacities as Head of Documentation Unit in the Estate Department (2008-2013) and Coordinator of Mortgage Unit (2008-2012), in the Ministry of Housing. He was Special Assistant to the Honourable Commissioner for Housing, Lagos State (2006-2010).

He is happily married with two lovely children.